As a Shade Tree Shelter board member in Las Vegas, I received a call in 2005 that changed my life and the lives of many voiceless victims. The Executive Director asked if I could come immediately to the shelter to speak to a new client that would not check in to the facility. Awaiting me was a young woman with all of her possessions in her hands – a garbage bag filled with clothes and most importantly, a cat carrier holding her only loyal and true friend in life.

After a history of abuse that begins in her early teenage years with a trusted adult, she finally had the courage to arrive on the doorsteps of the shelter ready to take a healthy and positive step forward free of abuse. Her courage was slipping away because she was told that while she was welcome, her best friend, who just happened to have four legs, could not enter the facility with her. She was ready to turn back and felt that the life that she knew must be a life that she deserved.

Later that day, I left with her most loyal companion to serve as a foster parent so that she could receive the safety and support she needed to start a new life. I was humbled by her trust and faith in me to care for her pet and vowed on that day to remove the “no pets allowed” sign on the doors of domestic violence shelters, starting in Nevada.

Noah’s Animal House in Las Vegas is a full-service boarding facility on the grounds of the largest women & children’s shelter in Nevada. It was built in 2007 as our flagship operation after recognizing how many other arrivals at The Shade Tree Shelter were desperately seeking the same safety and protection for their pets. After operating for over a decade, we have cared and protected over 1,900 pets for more than 100,000 boarding nights for the women and children at The Shade Tree. What we now know is that women won’t leave their pets behind to be abused as payback and with Noah’s Animal House, they no longer have to make that choice.

As a result of all our work in Las Vegas, NV, we recognized the need to replicate our original model in Northern NV in partnership with the Domestic Violence Resource Center (DVRC). With these two locations, we have served clients from over 34 states in the US. Victims driving thousands of miles, driving past other women’s shelters in neighboring states for one reason only – their family pet needed to be part of their fresh start.

We hope you will play a role in their fresh start as well. 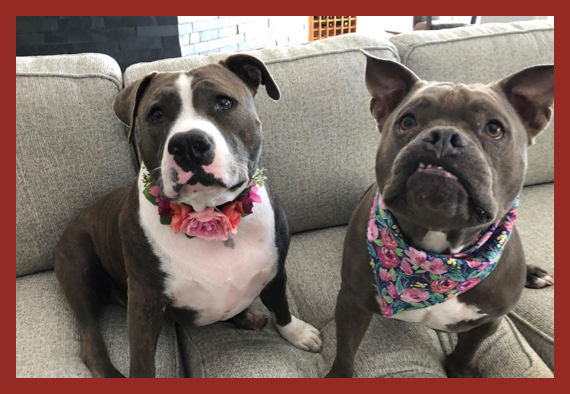 My Stella and Dax,

Since you were both only weeks old I am the only Mummy you have known. Your biological mothers loved you very much but they just couldn’t keep you. So I became your...

My Stella and Dax,

Since you were both only weeks old I am the only Mummy you have known. Your biological mothers loved you very much but they just couldn’t keep you. So I became your Mummy.

For years I thought I had saved you. And then the day came when you risked your lives to save mine. You ran to my side while I was being beaten senseless, yet again. And in the process you too were beaten. But your devotion, your courage, your unconditional love gave me the strength to finally cry ‘Enough’. I always knew I could not leave without you and then I knew I could not stay because of you.

My babies, not only did you liberate us all that night, but you have saved me every day since. Your knowing eyes, your warm cuddles, your relentless wagging tails fill me with joy. Because of you two I would not recant, I would not take our abuser back, I would not give up. And together we secured 3 felony convictions proving that Domestic Violence victims and their beloved pets DO matter!

Stella Rose, you are my fearless diva. I learned that you would die for me so not protecting you was no longer an option. Dax, my comical little boy. You bring a smile to everyone’s face. For you to throw yourself into the flying fists defies logic. My brave brave boy.
You two have taught me that dogs are the distilled essence of everything that’s wonderful in the world. Your lives are so short because pure goodness comes in small doses. When god could not get between me and the blows, he sent you in. I will forever strive to be worthy. 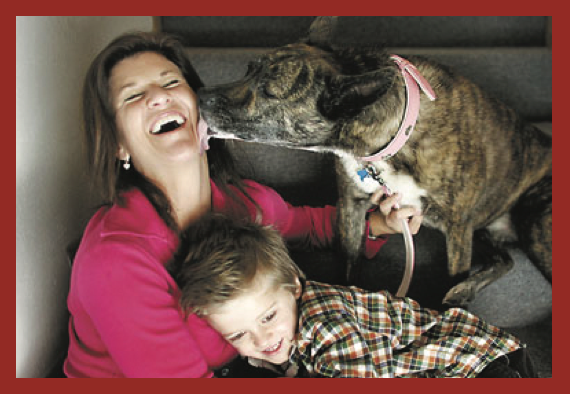 I have always referred to you as the four legged founder of Noah’s because your unconditional love and support while I was grieving over the loss of Noah’s dad. It was...

I have always referred to you as the four legged founder of Noah’s because your unconditional love and support while I was grieving over the loss of Noah’s dad. It was because you licked away my tears, stuck like glue to my side and displayed a sense of loyalty like “mom, we got this” when faced with pregnancy, tragic loss and grief all at the same time.

Your friendship, compassion and even silliness, prompted me to ask the question at The Shade Tree “Do we have women who arrive with pets and if so, what happens next?” When the answer was “yes and they most often turnaround and leave”, I couldn’t imagine what the women and children were facing. Having the courage to finally leave, gather their belongings and family, including the pet, and then being told “no pets allowed”.
I couldn’t imagine checking into a shelter, surrounded by strangers, wanting a fresh start but not having you by my side to tell me “mom, we got this”.

Even though you conquered two rounds of cancer and chemo and left us at age 15, I wish I had more time.
I know that you fought so hard to survive because you didn’t want to leave me. That is a love and friendship that lasts a lifetime and I know you are now my Angel Tahoe. 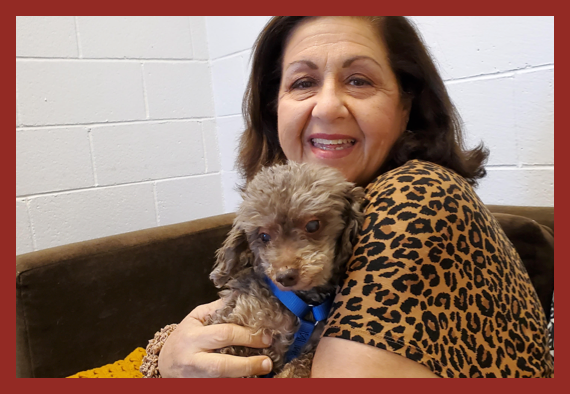 You are my adopted baby boy.
A gift from God. You are my rock, I have had very difficult times and you have loved me like
no other. I don’t believe I would have...

You are my adopted baby boy.
A gift from God. You are my rock, I have had very difficult times and you have loved me like
no other. I don’t believe I would have made it to this day without you. I am sorry that we had to leave our house. It’s not yours or my fault. Be patient and know that your mom will always love and provide for you. You are the most valuable thing in my life.